Alzheimer’s Disease (AD) is the most common form of dementia, affecting up to 70% of all people with dementia. In Australia there are more than 350,000 living with dementia, and total direct health expenditure on people with dementia was at least $4.9 billion in 2009-10. Through the combination of rich data sources including an individual’s genomic signature, medical scans (MRI, PET and retinal scans), blood- and spinal fluid-based biomarker signatures, and cognitive tests, early detection of AD is becoming increasingly reliable, but the cost of diagnosis is high and methods for predicting the future onset and rate of cognitive decline of a patient are largely undeveloped. Through the use of the rich Australian Imaging Biomarker and Lifestyle (AIBL) dataset on ageing, this project will develop novel machine learning models to predict the age a patient is likely to develop AD, and the rate of their cognitive decline. Particular machine learning challenges in this project include: handling large block-wise missing data, common in large medically-focused studies; modelling temporal multimodal data; deep learning over large-scale sequential data, in the form of genomic data; and patient stratification, i.e. stratifying patients based on their expected prognosis, and using this to inform intervention and management strategies. A heavy focus will be placed on encoding and correcting for confounding factors, with an aim to derive interpretable models that can assist clinical outcomes. 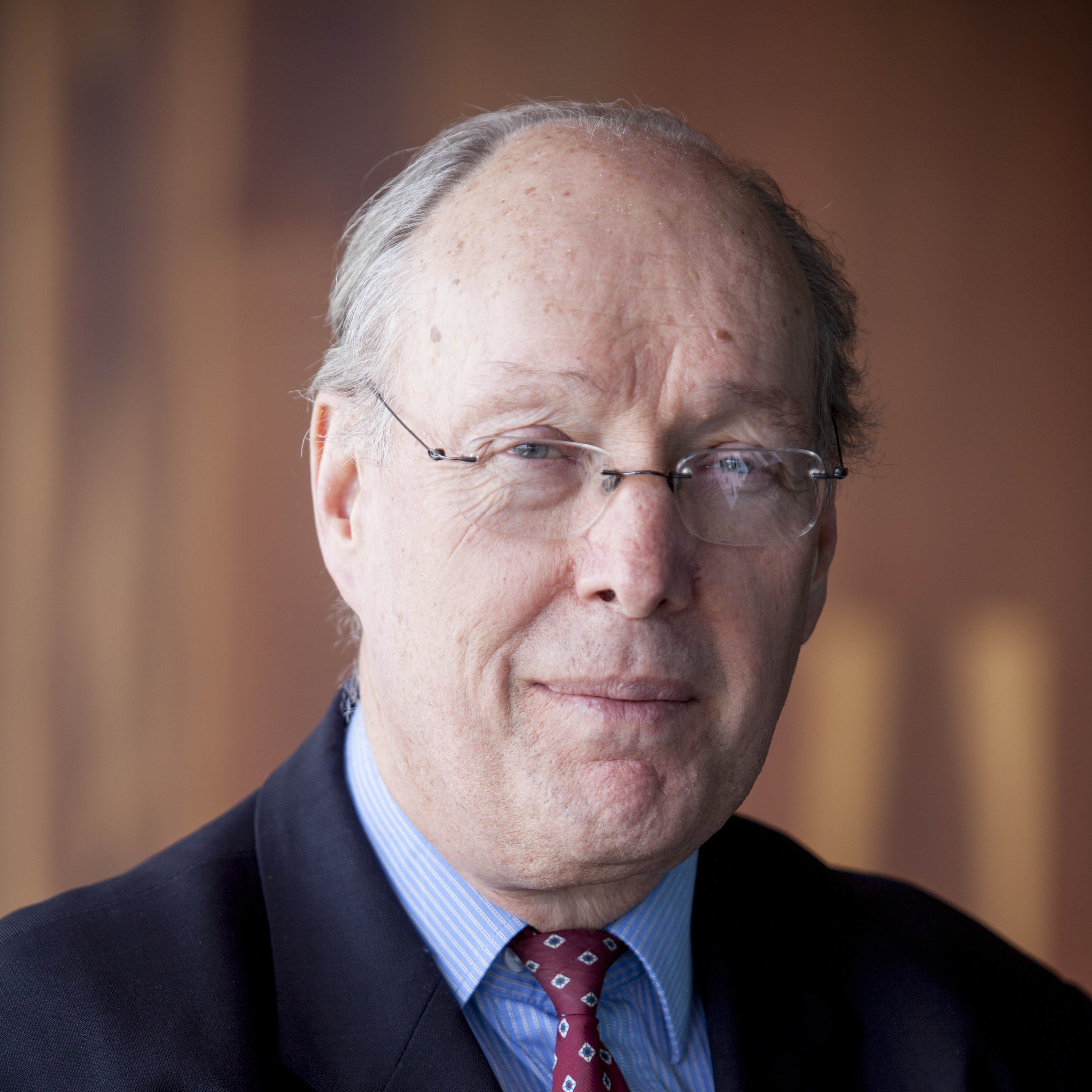 In 1984, Beyreuther and Masters purified and sequenced the amyloid constituent of the plaque in Alzheimer’s disease, and three years later, their group used this sequence to clone the gene encoding the Aβ amyloid peptide located on chromosome 21. These studies of a demonstrated that the Aβ amyloid was derived by proteolytic cleavage neuronal transmembrane receptor. Subsequent studies by many groups has shown that a variety of Aβ-amyloid oligomers lie at the centre of AD pathogenesis, and these are now the validated primary targets for both diagnostic and therapeutic strategies. Masters and Beyreuther therefore defined the principal molecular and genetic pathways leading to the current Aβ amyloid theory of causation of Alzheimer’s disease.

More recent studies from Masters and colleagues have also demonstrated the time-course over which the Aβ accumulates in the evolution of Alzheimer’s disease, using molecular PET- Aβ imaging, allowing the preclinical and prodromal stages to be identified during life. They have also identified some of the genetic determinants which affect the rates of cognitive decline. These insights into the natural history of Alzheimer’s disease will have a major impact on clinical trial design and provide prognostic information for subjects at risk. 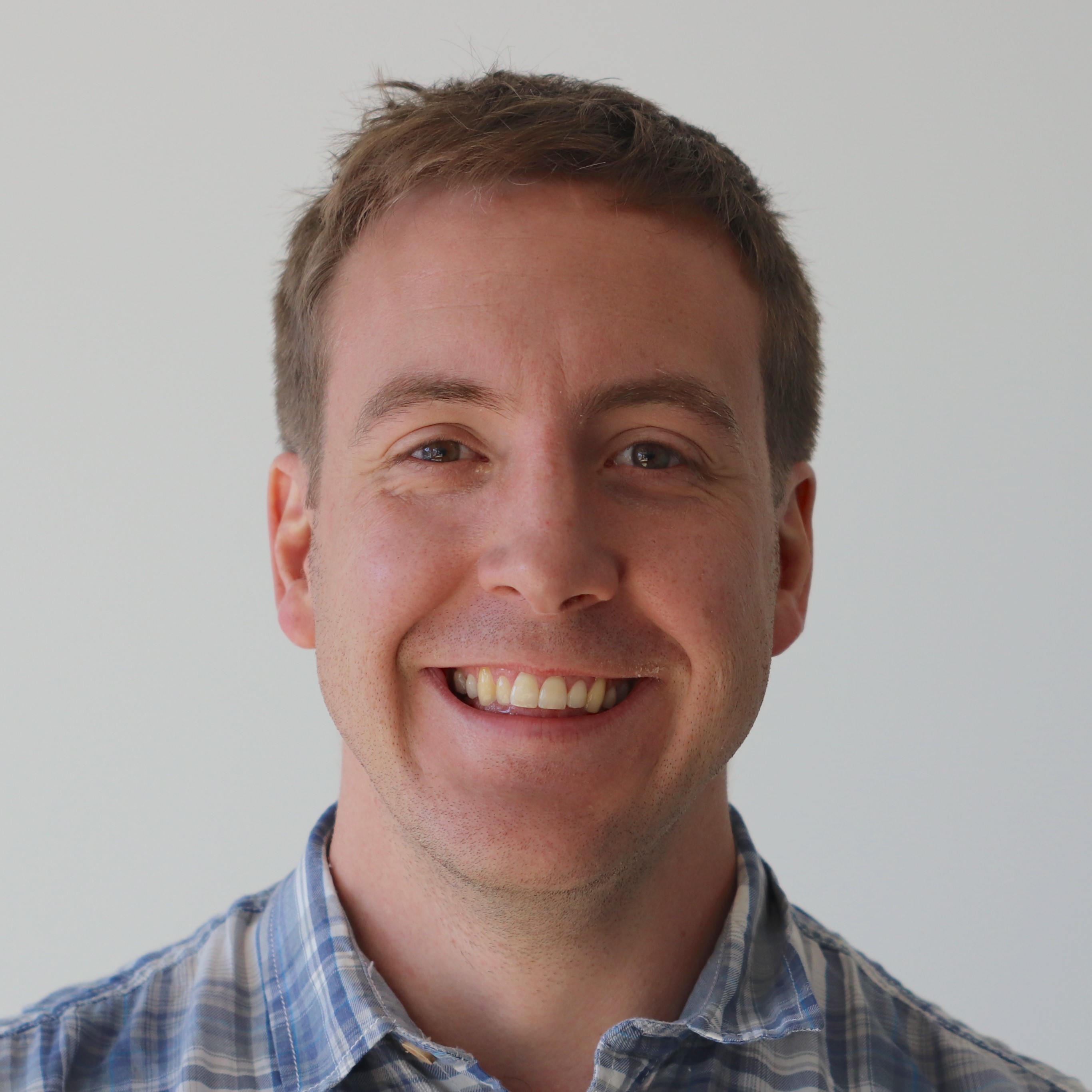 Benjamin Goudey is a Research Felllow at The University of Melbourne. He was formerly a Research Staff Member at the IBM Research-Australia lab in Melbourne, working within the Biomedical Data Science team with a focus on Genomics.

His work has two main areas of interest. The first is the development of novel machine learning and statistical methods and tools that help uncover the genotype-phenotype relationship from large-scale genomic data. The second is the development of robust and scalable tools for analysing with whole genome sequencing data that can enable the shifting of genomics from a research tool to a solution for applications in industry. This encompasses fundamental tools for quality control and variant calling as well as downstream analysis such has clustering or prediction. Both streams of work span two very different domains of bacterial and human genomics.

Ben received his Ph.D. in 2016 in Computer Science at the University of Melbourne, exploring novel computational and statistical methods for conducting interaction analysis of genome-wide association studies (GWAS) to search for combinations of genetic variants which show a strong association with a disease. His research has spanned a number of topics related to machine learning and bioinformatics including gene name detection from biomedical abstracts, prediction of diabetes and heart disease from lipid profiles, and methods to enable the communication of bacterial strain information without reference to a database. 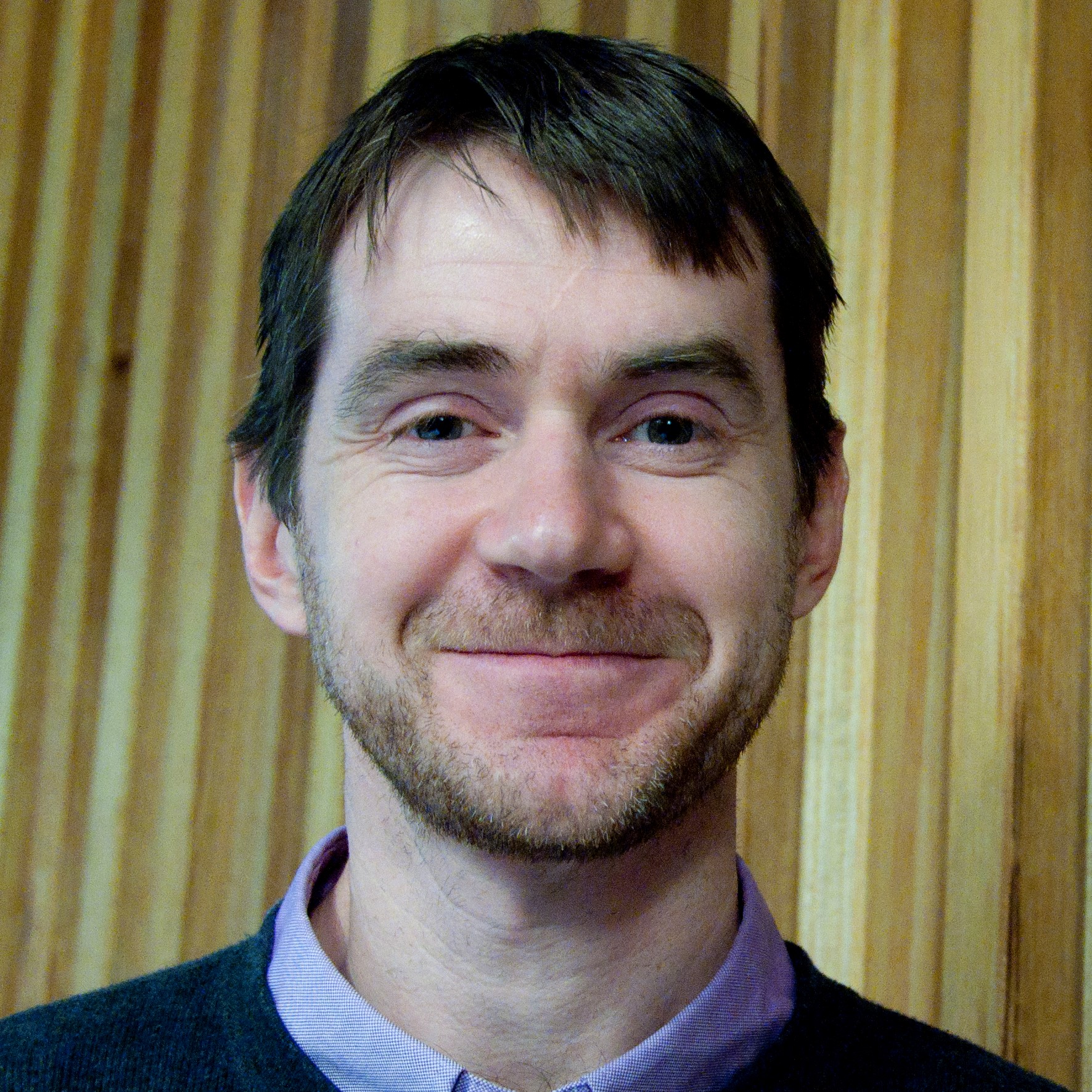 Tim Baldwin is a Melbourne Laureate Professor in the School of Computing and Information Systems, The University of Melbourne. He is also Director of the ARC Centre in Cognitive Computing for Medical Technologies, in partnership with IBM Research. He has previously held visiting positions at Cambridge University, University of Washington, University of Tokyo, Saarland University, NTT Communication Science Laboratories, and National Institute of Informatics. His primary research focus is on natural language processing (NLP), including social media analytics, deep learning, computational lexical semantics, and topic modelling.

Tim completed a BSc(CS/Maths) and BA(Linguistics/Japanese) at The University of Melbourne in 1995, and an MEng(CS) and PhD(CS) at the Tokyo Institute of Technology in 1998 and 2001, respectively. Prior to joining The University of Melbourne in 2004, he was a Senior Research Engineer at the Center for the Study of Language and Information, Stanford University (2001-2004). He is the author of over 350 peer-reviewed publications across diverse topics in natural language processing and AI. 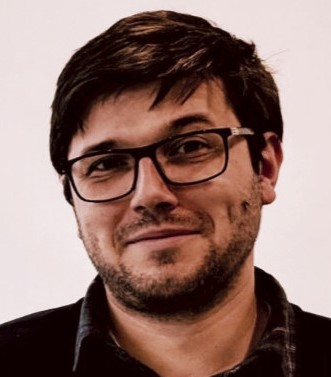 Dr Victor Fedyashov joined the Alzheimer's stream of the ARC Training Centre as a Research Fellow in April 2019. He is hoping that combining his background in mathematical modelling and computational statistics with other team members' vast domain expertise will lead to some unexplored avenues and result in a multitude of fresh insights.

Dr Fedyashov obtained his PhD in Mathematics (with specialisation in Probability Theory and Stochastic Analysis) from the University of Oxford in 2016 and has subsequently worked as a quantitative researcher at a hedge fund in London, utilising data mining and machine learning techniques in order to find new signals and build algorithms for predictive statistical modelling. His prior education includes an MSc in Maths and Computer Science from St.Petersburg State University (2010) and an MSc in Quantitative and Computational Finance from ETH Zurich (2012). 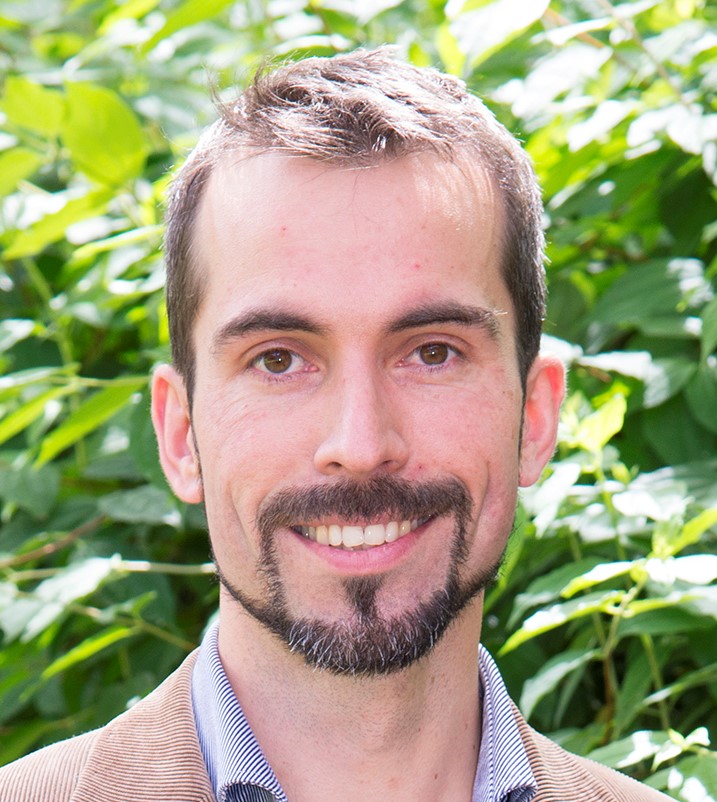 A/Prof Tomas Kalincik is the head of the Clinical Outcomes Research (CORe) Unit at the University of Melbourne and the head of the Multiple Sclerosis and Neuroimmunology Service at the Royal Melbourne Hospital.

Together with his research group, CORe, Tomas specialises in analytics of observational data in neurology and is an active participant in the global MSBase collaboration. He is a member of the MSBase Scientific Leadership Group. He has led a number of international collaborative research projects and has contributed to the management of MS globally – including comparative treatment effectiveness, management of treatment failure and individual treatment response. His main research interests span treatment outcomes in MS and NMO, individualised therapy, prognostics, epidemiology and utility of volumetric MRI. 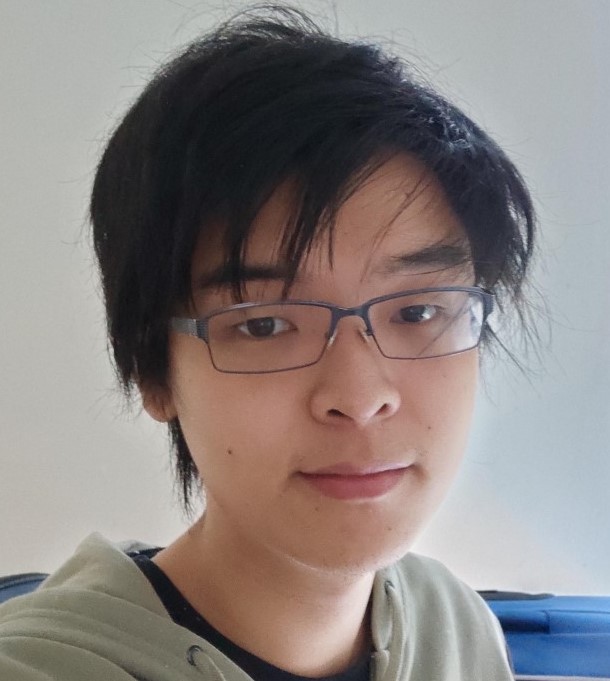 Shu Liu joined the ARC Training Centre as a PhD student in 2020. He works on studying and modelling Alzheimer's Disease by the knowledge from other fields. Shu Liu is an honour student who received a Bachelor of Engineering Degree at Australian National University. He was working in the interdisciplinary field between behaviour biology and computer vision. He focused on the topic of dynamic vision and its mechanism. 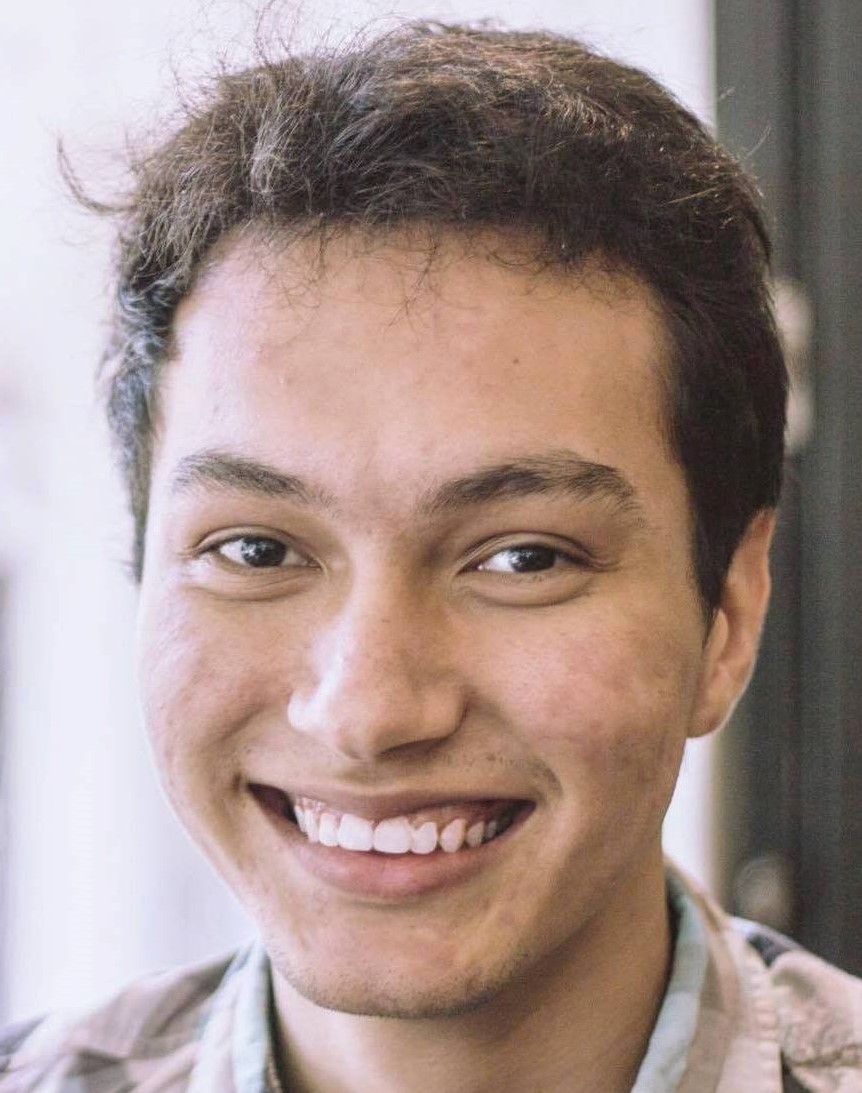 Martin Saint-Jalmes joined the ARC Training Centre as a graduate researcher in 2021. He is a PhD student affiliated with the Florey Institute of Neuroscience and Mental Health and his focus involves the use of machine learning in the probabilistic modelling of Alzheimer's Disease.

Martin obtained his M.S. in Computer Science from the Georgia Institute of Technology and his Engineer's Degree from the University of Technology of Compiègne in 2020. He has previously worked on different R&D machine learning and computer vision topics in industry. 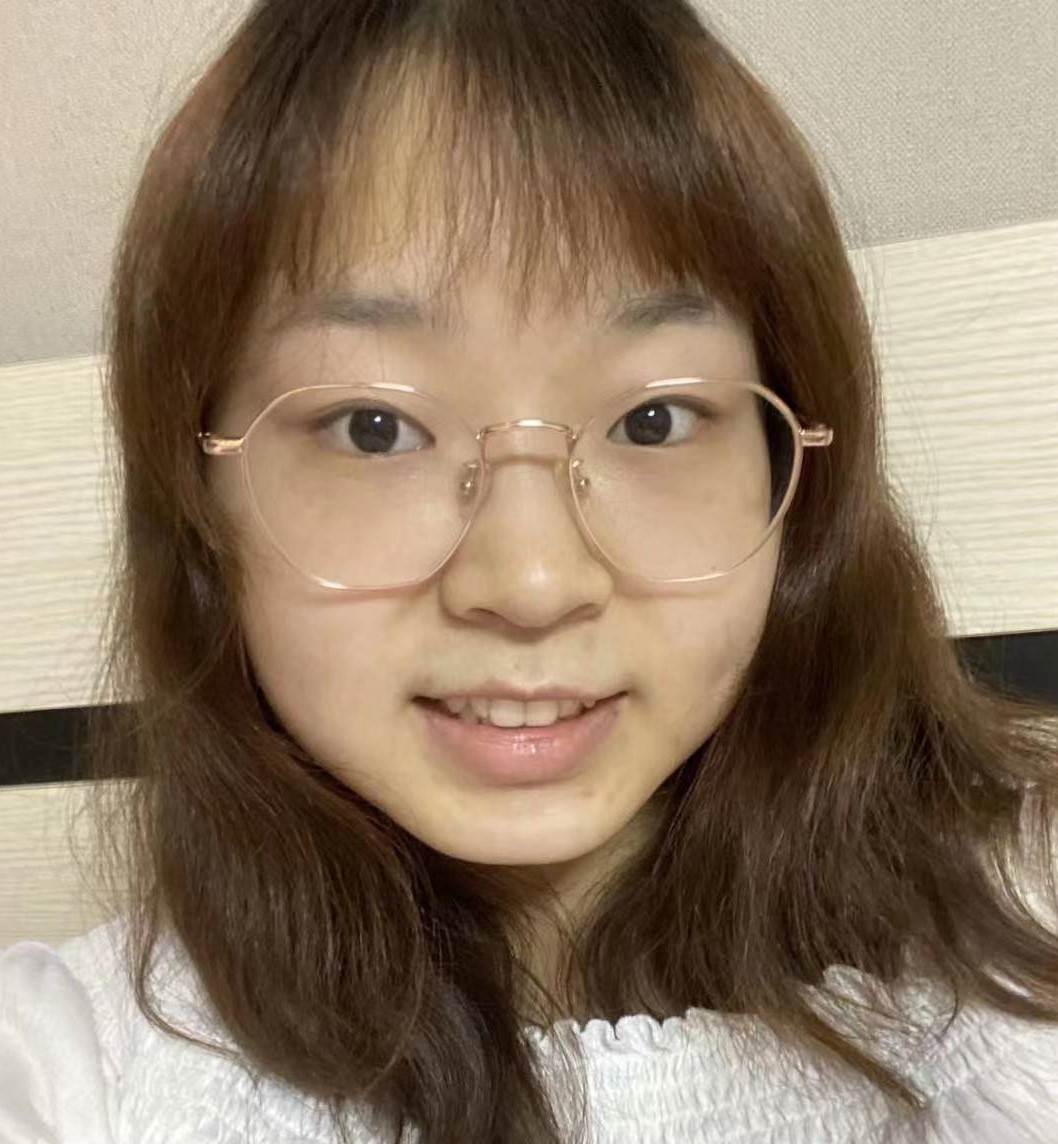 Emma Zhang joined the ARC Training Centre as a PhD student in 2021. Prior to joining University of Melbourne, Emma has some experience with genomic data processing. Her PhD interest is to predict disease risk with gene data using deep learning methods. She most recently worked at CAS-MPG Partner Institute for Computational Biology.